Should You Do a Monthly Blog Income Report? (Plus, the Hidden Danger…)

Home » Blog » sales funnels » Should You Do a Monthly Blog Income Report? (Plus, the Hidden Danger…)
By Matt Ackerson — Get free updates on new posts here


Join us on the journey to predictable growth. Each week we tackle a different level of your funnel, from traffic and email list growth to sales conversions and upsells. [thrive_2step id=’19054′]Sign up for our newsletter here[/thrive_2step] to get daily 10-minute #MattHacks videos.

Hey, guys. How’s it going? My name is Matt Ackerson. I’m the founder of Autogrow.co, as you may already know. And in this video, I’m talking about whether or not you should do a monthly blog income report for your business.

I’m going to talk about the pros and cons, as well as the hidden danger that you have to watch out for, which is a big drawback to doing income reports. I’ve never seen or heard anyone else talk about this, so you have to be aware of this going into the commitment of actually doing income reports if you’re going to do them for your business’s blog. So, let’s take a look here.

Seven or eight months ago, I started doing monthly income reports where I would get on video. Oftentimes my girlfriend would interview me for them, and I’d share the numbers behind the business.

I’m always reflecting and being transparent on video. And that is one of the first benefits that I’ll share with you off the cuff, is that it helps your brand in terms of transparency. It makes you look transparent, that you’re being open about it, especially if you’re doing anything in digital marketing or online marketing.

And people—it’s just interesting. It’s kind of like reality TV. So, that’s really the big draw to it.

For the first seven months of this year, as this graphic shows, we saw consistent growth in revenue, and I was really focused on constantly beating our record from the previous month. But before I talk more about that, let’s go back to the presentation here. 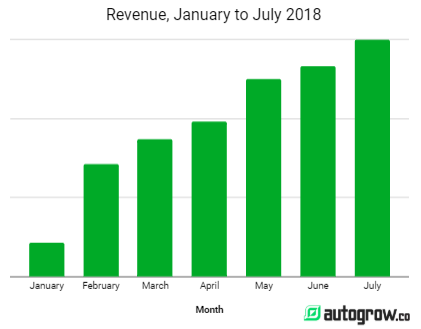 This video’s all about helping you to decide—should you do one for your business or not? So, let me go through some of the pros and the cons, and I’ll share with you some of my insights from having done eight for the last eight months. As well as some for previous years, where I would actually give a roundup for the entire year. 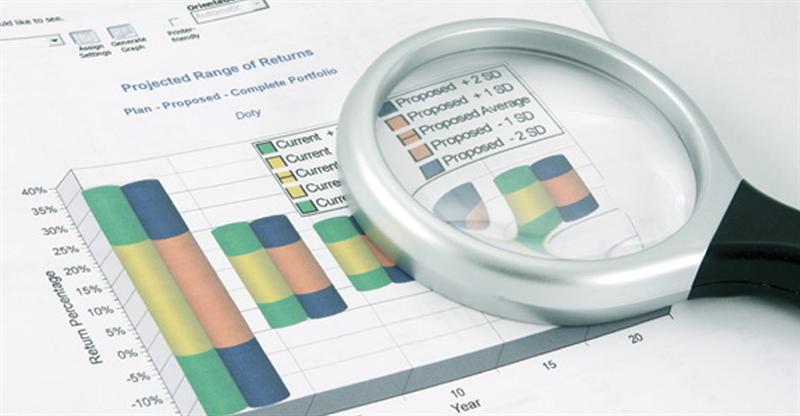 Because most people understand that. That you’re making a commitment here, and you’re being very open, and that can be scary. It’s interesting, and maybe even entertaining on some level, because people often like to live vicariously through other people.

They also like to read these reports because they are inspiring. They can show them what’s possible. And it takes courage to put them together. So, they’re inspiring for that reason.

Other than those positive effects for your business, probably the top benefit is accountability. Because every month, it’s a forcing function. You have to get on camera, or at the very least, sit at your keyboard and type how you actually did.

Especially if you’re bootstrapping, you don’t have any outside investors. You’re working on your own, and you might even feel isolated in some ways. So, this forces you to be held publicly accountable.

And briefly, there’s some research that shows that if you declare a goal publicly, you’re actually less likely to achieve it. This works a little differently because you’re not actually declaring a goal. You’re just being held to report how the business is doing.

You’re not declaring for certain, “okay, we’re going to grow every month,” or “we’re going to hit this number,” or “I’m going to do this number of pushups.” Rather, it’s a checking in a moment where you have to risk public embarrassment if one month, say, you made $10,000 and the next you’re making $2,000.

You’re going to have to answer for that, almost as if your audience is like your shareholders. The other small benefit is that it forces you to reflect on what you’re learning, how you’re growing.

You can see the journey developing over time, and you can feel proud about that. You can say, “Oh, man. The first month, we made less than $1,000. And two months ago, we made almost $6,000 for the month.”

Last month was our first down month. And I’ll talk more about that in a second. But even so, compared to our first month, we’re still doing pretty well, even though last month wasn’t that great and a lot of things went wrong.

If you want to learn more about how we’re doing in terms of our growth reports, definitely go ahead and subscribe to our newsletter. You can subscribe to Matt Hacks specifically by going to the navigation.

We send a daily video, depending on what you say your biggest challenge is for your business. So, if it’s about email, what level of the funnel do you want to learn about your funnel?

But the top drawback to actually having an income report is that it can be really stressful. For example, like last month, I was a ball of stress because I was very much committed to the idea of, “Oh, wouldn’t it be awesome if every single month for the next, two years we could say we grew every single month?”

But the reality is that it’s not necessarily going to happen, and you just have to accept that.

Let’s look at an example. This is from Just a Girl and Her Blog, Abby, who’s the co-founder of the business with her husband. She started sharing her income reports in 2014, and you can see that for the first three months, revenue was wildly up and down. 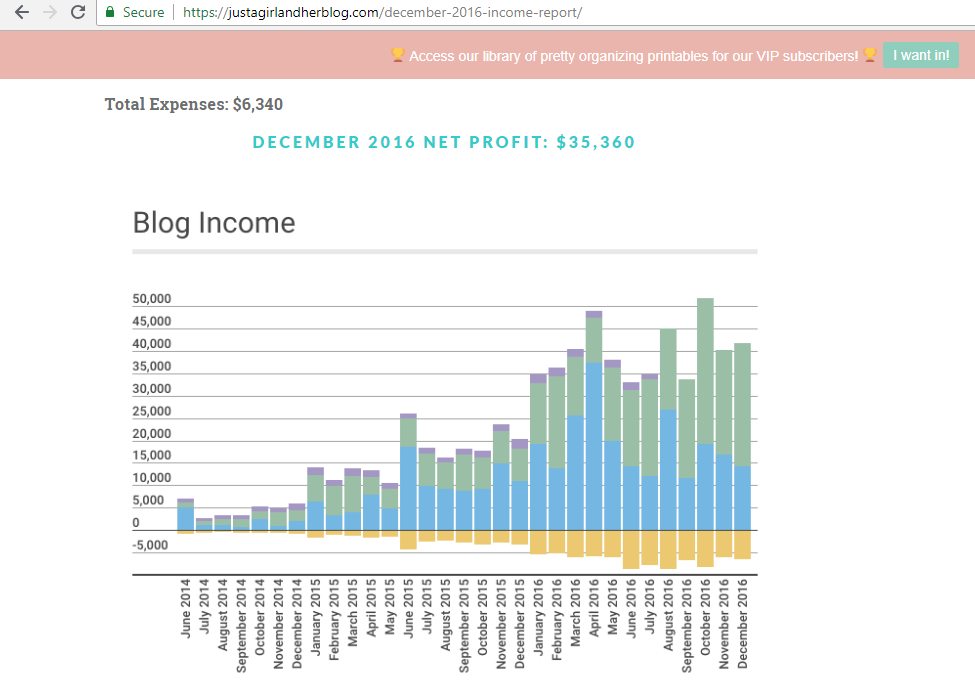 And even for the first three months, it started high and then went down, down, down. But that’s just business, you know? You make investments, sometimes for the longer term, and they don’t develop all the time within 30 days.

But that is the hidden danger of doing these growth reports. It forces you to think within a 30-day time frame where you may make decisions differently than if you were thinking in terms of a quarterly, or six-month, or annual, or multi-year time frame.

Those decisions that you make may not be in the best interest of the company. For example, Elon Musk talked about Tesla Motors and taking it private because public companies have to report their earnings every three months.

This sometimes creates a disincentive to invest and do certain things that aren’t going to get results right away, versus doing those short-term things, which are going to make shareholders happy. In this case, your audience might be like the shareholders because they might be wowed or impressed that “Oh, hey, you grew from last month to this month.”

That is the hidden danger to watch out for. It’s kind of like a psychological effect, in terms of creating an incentive for you to only think in terms of 30-days out. Because, hey, maybe you want your growth report to look that much better rather than potentially having a down month, but making investments is going to help the company grow longer term.

Recommendations and Next Steps

But be aware of that hidden danger as you do it. Don’t think in just 30-day time frames, and don’t freak out if one month you don’t grow from one month to the next. It’s going to happen, especially if you are a brand-new startup or a young, small business.

The important thing, though, is that you’re being transparent with the numbers, talking about lessons learned, how you got there, and how you got those results.

And as I talked about, I’ve been doing these growth reports and sharing the journey with you guys, in Matt Hacks, and talking about sales funnels. As I’ve been doing this, one of the products that I developed for your benefit was the Sales Funnel Diagram Pack.

This solves the problem of, how do you set up a sales funnel fast? What do you do when you feel stuck and you need some inspiration? You can look to these 28, handcrafted by me, original sales funnel diagrams that I documented from studying multi-million dollar and billion-dollar success stories.

You can identify the leaks in your funnel where your website might be bleeding leads and bleeding money. You can communicate faster with your team because these diagrams are visual.

I also have videos included in them where I walk you through everything, so you completely understand the setup and the strategy behind each funnel diagram, as well as best practices for how to implement it.

So, you’re going to get those strategy videos on top of the 28 sales funnel diagrams. And if you want to learn more about that, I have the link coming up at the end of this video. Go ahead and check that out. Like, subscribe, and share. I appreciate it very much.

As always, my name is Matt Ack. Usually in the Matt Hat, but today, the Matt Hat’s taking a rest. So today I’m in a Green Lantern hat because comics are awesome.

Keep hustling, stay focused, and I will see you in the next video. Take care. 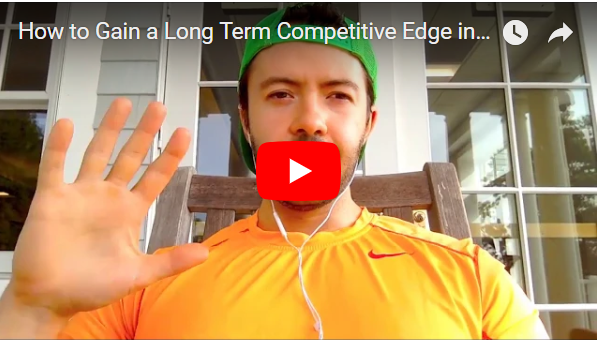 “Be willing to do what other people are not.” (How to Gain An ‘Edge’ in Growing Your Traffic)

Listen on the go by downloading the audio of today’s video. How to gain a long-term competitive edge with your...