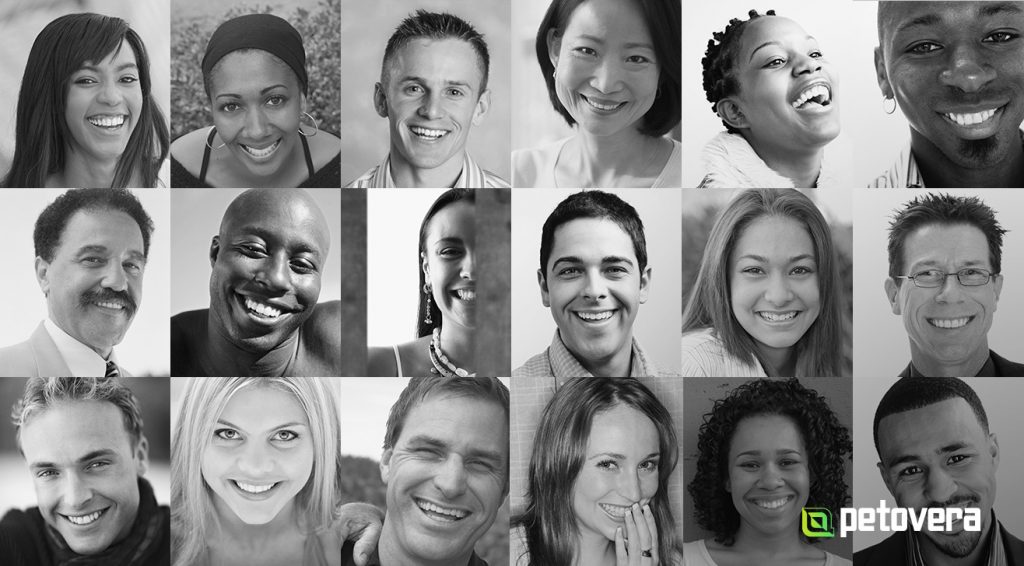 Have you ever “watched” your own brain?

Weird question, I know—but think about it.

The next time you’re reading a blog post somewhere—even this one—check-in with your brain every couple of sentences.

What images are being painted on the canvas of your imagination?

Did you just see a picture of a painter’s canvas?

The other day, I clicked on an ad on Facebook. It was for a marketing webinar.

After being unimpressed, I went over to the blog page.

Naturally, I started scrolling down. I watched my brain as I did this.

Nothing immediately caught my attention. Then my eye stopped dead-center on an image of a guy looking into the camera.

For some reason, I clicked.

A switch flipped in my head when I saw that picture of another human face—something the other blog images did not have.

It’s a conversion best practice to use human faces to increase your conversion rates.

We have done this on our own site and have seen a spike in conversions. We also recommend this to our clients.

So what about human faces draws us in?

What the Research Says

What happens when you pair images of human faces with websites?

Sometimes the simplest tests reveal the most interesting insights.

This A/B test strips the premise down to its bare essentials, by testing a pop-up with a non-human icon against one with a human face. 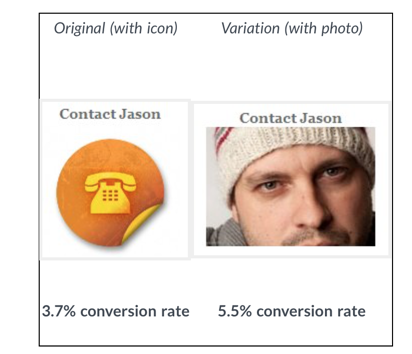 The inclusion of a human face in the pop-up increased conversions by 48%.

Quite a notable difference. That result isn’t an isolated one, either.

That same article details other split tests—in one, an art shop replaced pictures of paintings with pictures of the artists and went from a visitor engagement of 8.8% to 17.2%. 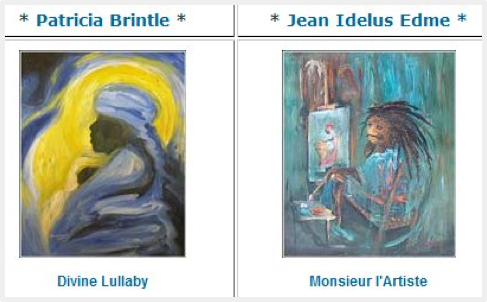 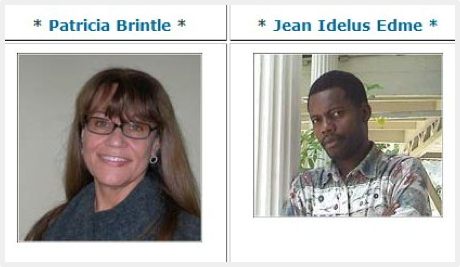 What about human faces—at least in both of these tests—makes visitors click, convert, or opt-in more often?

According to Instapage—a landing page platform with over 250,000 users—the reason human images seem to get more attention is that the human face breaks a subconscious trust barrier.

The research doesn’t end there, though.

When HighRises redesigned their already high-traffic site to include human faces, their website converted 102.5% better.

Which brings us to the first way you can use human faces to raise conversion rates on your site. 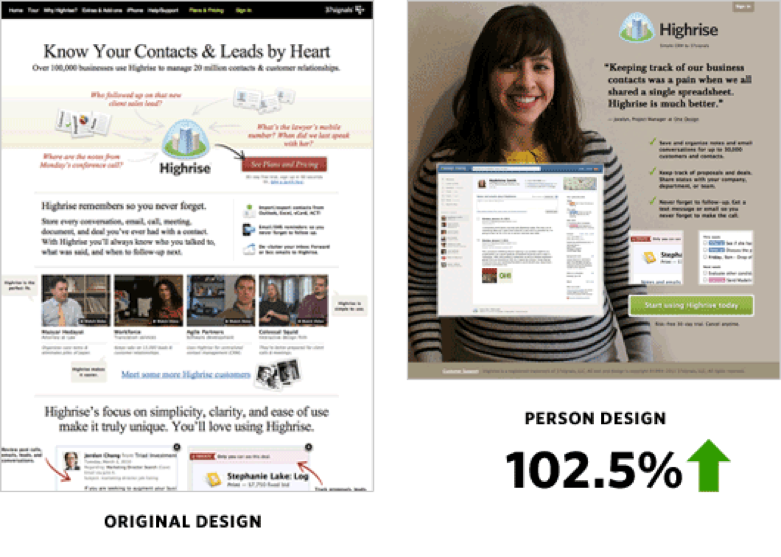 Highrise, now known as Basecamp, has gone through a number of notable redesigns throughout the years.

I admire them simply because they never stop testing. They also archive a lot of their past tests on the Signal v. Noise blog.

They went from a long form, information-driven landing page (the one you see above on the left) to a short form landing page with a smiling customer.

According to this article about the split test, the results were compelling:

“The Person Page was far shorter. There was less information about Highrise. However it had a 47% percent increase in paid signups than the Long Form design. Why exactly was the Person Page working?”

The article goes on to test different types of human images, and concludes that “big photos of smiling customers work.”

If the results were big enough for Highrise to brag about, there’s no reason to end the conversation there.

Are people drawn in by the actual human face?

Or would a smiling cartoon have the same effect on us?

If it’s just the smiling face, could a grinning animal replicate this result?

2. Do Cartoons or Animal Faces Have the Same Effect as Human Faces?

Let’s look at one A/B test titled “Cartoon vs. Photos.”

Hoogerdijk changed only one variable: Version A had cartoon images, and Version B had photos.

This split test stuck out to me for one specific reason—every other page variable was the same.

So it’s an objective look at which image converts better.

Version B won. By a landslide.

In exact numbers, here’s how Version B out-converted Version A:

We now know pictures of humans certainly convert better than images of cartoons (at least, in one notable split test, they did).

What about men vs. women?

3. Which converts better: pictures of men or women?

In a recent study by Rocket Fuel, a leading programmatic media-buying platform,  experimenters examined data from 40,000 banner ads of 1,076 advertisers.

Ads that included human faces had a 4% higher conversion rate.

But the ads that included a man’s face drove conversion rates 102% higher.

Including a woman’s face increased conversions by only 25%.

But that is just one study on the topic.

Obviously, this effect must directly correlate with your market and what your customers want to see.

For example, if you sell men’s boxer briefs, your prospects want to see men wearing them.

So, make sure to consider your target audience.

However, we do constantly see one type of human face in advertising.

Does the level of attractiveness of the ‘smiling human’ on your website perpetuate a higher conversion rate?

Let’s look at the data.

We all do. Happiness is enticing.

It’s how products have been sold to us for decades.

But does it convert better?

While your website isn’t a beauty contest, you probably want to know the answer.

Conversion Uplift wrote an interesting article about this idea, where they explore the implications of psychology (in using images of attractive, young women) on buying.

One of the A/B tests they note is especially interesting:

“Adore Me, a lingerie website, discovered through testing the model can be more important than price . . . as even a $10 price cut won’t encourage a customer to buy, if an item is worn by a model they don’t like.” 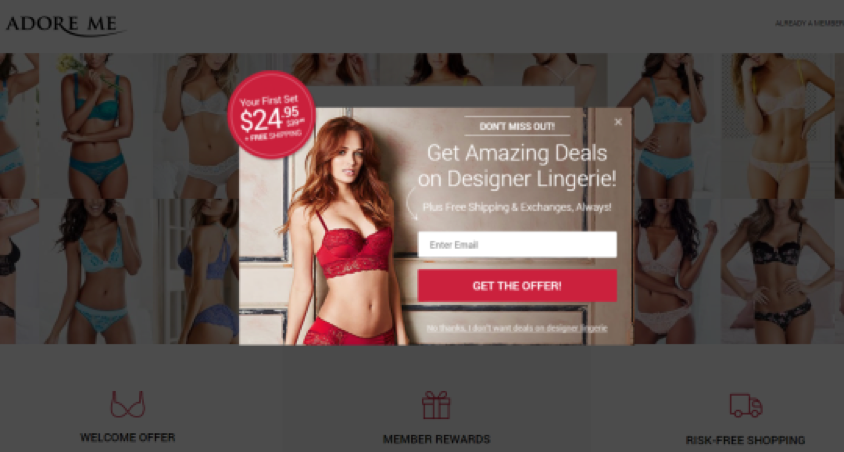 “Through their A/B testing results, they also found that popular models can help sell more expensive versions of the same item . . . which can potentially add millions to revenues.”

It falls under the umbrella of the ‘halo effect.’

This is when a person’s thoughts and feelings about a subject are influenced by their overall impression of that person, place, or thing.

This could explain, in part, why more people click and buy when attractive images of human faces are present.

Do human faces convert better than non-human counterparts? The data point to ‘yes.’

Does it matter who the faces are? Well, the jury is out on that one. Your own testing will reveal what converts better for you.

The big takeaway from this article?

You can grow your conversion rates when you understand the psychological triggers that influence a person’s buying decision.

Trust is one of those factors.

The data show that the inclusion of smiling, human faces break down those trust barriers.

Because of this, prospects are more likely to convert.

Do you have any human faces on your website? Why or why not?

And what did you think about all this data? Have anything you can add?

What is a USP? How 1 Sentence Can Make or Break Your Business