It stings so badly that it can make you want to give up and collapse under the weight of it. Of course, collapsing will only incite more criticism. And more stings.

But as much as it can be tempting to dismiss stinging criticism, it is often more rewarding, if painful, to listen to it. Because valid criticism tells us we’ve done something wrong.

Many of us don’t like admitting we’re wrong even in private. So it takes great force of will to admit wrongdoing in public.

It takes more force of will to apologize.

And it takes the most force of will to address whatever we did wrong in a meaningful way.

Companies that acknowledge criticism have a distinct advantage over those that fail to do so. For one thing, any admission of fault can come off as humble and human, and neither of those are words that consumers often apply to corporate entities.

But more importantly, acknowledging valid criticism will designate your company as being unopposed to change. If you can adapt to a changing climate — whether it consists of unhappy customers or of changing social norms — you will demonstrate the type of resilience that makes brands last.

When a mother Tweeted her exasperation with gender separation in children’s toys to Target, she received mixed responses from other Twitter users:

But Target took her criticism seriously, indicating that relevant members of their team would discuss the mother’s concern. Note that the representative handling Target’s Twitter account did not promise immediate action, nor should they have. Not all criticism will necessarily merit action. Sometimes acknowledgement is enough.

Eventually, Target decided to do away with gender labels of any kind, categorizing all toys under a blanket section: “Kids.”

If it is, as one user claimed, a mere “publicity stunt,” it is the exact type of publicity stunt that is guaranteed to succeed. Target fundamentally challenged the notion of gendered toys, and of normative childhood behavior.

Regardless of how you feel about their decision in this instance (as a Lego enthusiast and a woman, I’m definitely a fan), note that deviating from the norm is a sure way to generate feedback, both positive and negative.

And while Target will undoubtedly continue to receive criticism over their decision, they have cleverly placed themselves in a position where those who made the original criticism are now praising Target for its efforts to accommodate them. At least one consumer even imitated Target in order to discredit those who complained about the new paradigm of gender-neutral toy sections.

The idea isn’t to be immune to criticism, but to respond to criticism in a way that puts your company in the best possible light.

In this way, criticism itself becomes a form of marketing. It raises brand awareness, it lets new consumers know where you stand and it shows people your company is capable of growth.

Consumers are such a diverse base that pleasing them all would be virtually impossible. And like it or not, the internet can often feel like it is the digital embodiment of the angry mob. 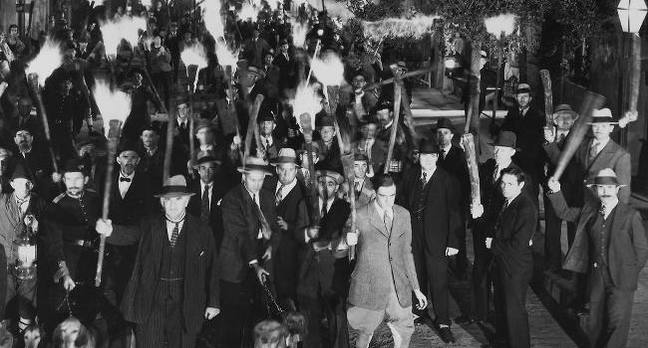 It’s called an “angry mob” for a reason. Photo via The Register.

Still, in some cases their criticism can help you to enact a positive change in your company, whether it has to do with products, pricing, availability, or philosophy.

To determine this, do as Target did: brainstorm with your team regarding the validity of the criticism.

Discuss any potential changes with your team. Image from tdn2k.com.

If it is valid, consider changing your policies, but have an extensive conversation about what will result from the change. Ask yourselves:

Make sure your team is in agreement on all these points before implementing a change. Again, even valid criticism doesn’t necessarily require a change so much as it does a response. It is entirely possible that your company is running a certain way because it improves efficiency and budgeting considerations, and you shouldn’t have to change anything that works for you.

Beyond that, it is better to discuss the situation thoroughly than to make a kneejerk change because you fear your current policies are alienating leads. Do your research first. Check to see if any other companies implemented similar changes and find out what impact it had on sales and conversions. Remember: you can’t make everyone happy, but you can make a positive change that will impact the public perception of your company, which will in turn impact growth.

And speaking of public perception: starting a conversation on social media can be a bit of a gamble. You don’t necessarily know what people will say about you. So pay attention to the criticism, but remember that while you can’t change the way people behave on the internet, you can control the message your company is putting out.

You can continue to respond to criticism on social media with either a boilerplate or original response that includes a call to action. For example, you could link to:

Unless your company image and philosophy centers around snarky humor, avoid being sarcastic in your responses. Never belittle consumers simply because they disagree with you. You don’t have to make them happy, but you do need to appear civil even to the most unsatisfied customers.

This is especially the case in online responses, where the slightest verbal mistake can be screencapped and archived and shared for weeks afterward. It can be tempting to go back and edit responses, but this will often spark more controversy. If anyone in your company responds in a way that lacks civility, discipline them accordingly and apologize immediately.

With that in mind, you should never delete criticism on social media, no matter how rude or invalid. Nobody wants to feel their freedom of speech has been compromised. When companies delete negative criticism, they can come off as disrespectful and uncaring. Or, worse, they can look like they are hiding something.

In essence, deleting negative feedback does not eliminate criticism; it validates criticism.

To go back to the sting analogy, deleting criticism is sort of like scratching a bug bite. You think it will reduce the itch, but in reality, the more you scratch, the more it itches. Scratching will only inflame the area and invite infection. It is much better to apply a salve and wait it out.

Sooth your critics. Photo from averastorycenter.com.

That is to say, it is better to address rude critics with invalid concerns as politely as possible and direct them to a place where they might gather more information. Even if you can’t convince them over, other users will appreciate that you responded to rudeness with civility.

What do you think about Target’s response? Have you seen any great responses to criticism in the past? How does your company respond to criticism? We’d love to hear your stories, so comment below!

How to Grow a Million-Dollar SaaS Business with Cold Emails

In 2014, the team was sitting in a coffee shop cranking out work on our lead generation service InspireBeats. “Hey,...