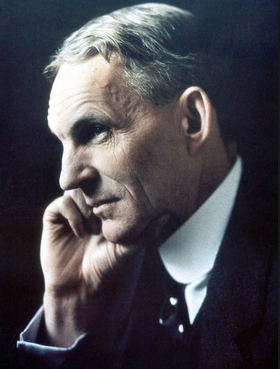 Henry Ford was not an admirable man…

At least, not as admirable as some might think.

He was divisive, controlling, and even gave a $30,000 gift to Hitler on his birthday prior to WWII.

But some of these faults fed into his strengths as a businessman. For instance, it was his obsession with efficiency that lead to such innovations as the Ford assembly line. This in turn allowed for millions of Americans affordable access to an automobile than would otherwise have been possible.

Reaching this achievement took him over half a lifetime to accomplish, but there was genius in the process he followed.

What can you learn from this titan of industry?

One thing in particular stands out: I call it… The Engineer’s Mindset.

What it is, why you should care

Loosely defined an engineer is someone who seeks to understand how things work so he can fix it or make something new.

When you adopt an engineer’s mindset in your business, this means you’re willing to get “under the hood” to try to understand what’s working (and why) and what isn’t (and why). Then you can apply this understanding to get incrementally better and better results.

This is the exact strategy I used to:

Before Henry Ford was the Henry Ford we know from history books, he was a 37 year old mechanic and in the summer 1901 he was a struggling entrepreneur at best. 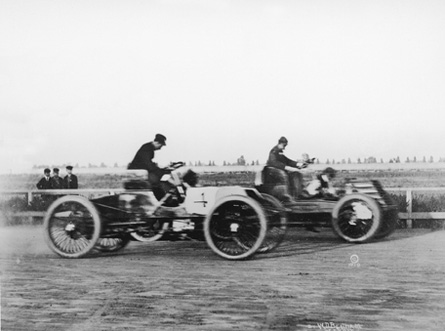 But by the end of that summer his life had taken a turn for the better.

This massive seemingly “overnight success” required a focused approach. Ford had begun by learning at an early age how to build a motor, and the car itself. Each time he came upon a problem, he identified the cause, fixed it, and then moved on to the next problem, fixed that, and so on.

His first working prototype had no brakes. He fixed that problem of course.

Future generations of his cars were better and each had their own issues. But he and his team kept improving, naming each version after a letter in the alphabet. They went through nearly the entire alphabet until they arrived at the Model T, a perfect fit for what the market wanted at the time.

The next challenge was mass production. How to bring the price down and produce enough to quickly satisfy demand?

The assembly line, which broke up the process into little, bite-sized steps, was the answer.

Ford had realized his vision of democratizing the automobile for the masses, and it was largely thanks to the strategic mindset he’d brought from the shop floor, into the boardroom.

How It Applies to Your Marketing

Applied to marketing in your business, the Engineer’s Mindset means to simply look at each step in your online marketing process (your sales funnel as well as outbound traffic generation processes) and begin by asking yourself: what is the end-result I want to achieve?

Obviously, the answer in this case would be more sales.

What’s less obvious is that each step in your marketing funnel feeds into the next step. One step produces its own micro result, affecting the number of sales ultimately coming out at the bottom of the funnel.

You can breakdown your end-to-end marketing funnel like this:

How to get started

If you’re not sure where to start, I recommend starting with step 5: how are you turning your potential client relationships into sales revenue?

This is the most practical place to start because even if you don’t have a real online sales funnel in place yet, you probably are getting some leads from either your personal network or your current website.

You want to start there because even a small improvement in the efficiency of that step will result in an immediate improvement in your bottom-line sales.

Now that you’ve picked your starting point, you want to specifically name the problem.

Let’s says the problem is you’re not converting relationships with your email list (afterall, that’s the position you want to be in if you’re not already–where you can write a newsletter, hit send, and grow your business).

What are some ways to improve your conversion rate? This is where you want to brainstorm, don’t worry about getting the “right ideas” down, just start writing.

The solution you decide to implement to improve this part of your funnel should ideally be data-driven.

You want to minimize guessing in order to lower your time-risk. Better to get it right the first time than and on the third right?

After you implement the solution, make sure tracking is in place. This will allow you to know for certain whether or not the change you made actually worked.

Setting up tracking with Google Analytics goals is easy, but for email marketing you can also use the built in tracking features that come with most autoresponders. I highly recommend Active Campaign.

Next, pick out another step in your marketing funnel. You should prioritize based on which parts are the weakest. For instance, in the above example you might want to move to focus on generating more impressions.

ID the problem, possible causes, and brainstorm solutions. Then pick one, implement, track it, and move on to the next step, and repeat again.

This is the Engineers Mindset in action and if you apply it consistently you’re going to start seeing compounding results in little to not time at all.

Want more tips and strategies building out your sales funnel? Join me on our upcoming “Fix Your Funnel” webinar next week at 11am EST where I’ll give you my 3 best tips for converting more leads in your online sales funnel.

We live in an age of “growth hackers.” What most of those new-age marketers forget to tell you is that sustainable marketing success requires a series of tiny, incremental steps, systematically knowing which areas to focus on and figuring out what “levers” to pull to improve bottom-line sales.

That’s the goal of adopting an Engineer’s Mindset.

How will you apply the Engineer’s Mindset to your marketing funnel? Which part of the funnel is weakest for your company right now?

Forget about 1,000 blog readers per day. Aiming for such a number would overwhelm you, especially if you’re a newbie...