Stop Wasting Your Time Building Multiple Websites at Once 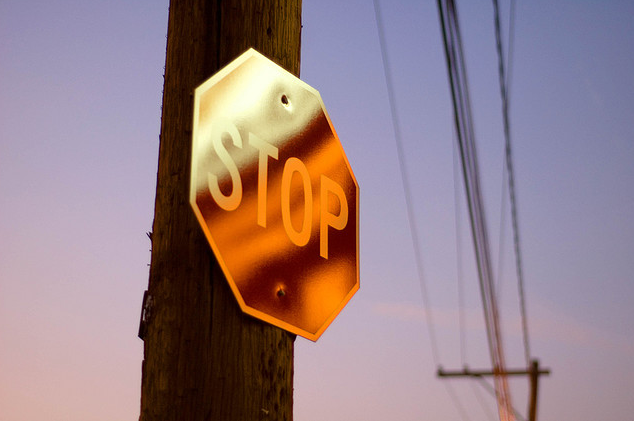 Stop it. No really, please.

It’s painful watching others make the same mistake that I have already made in the past, which is 1 business brand, but multiple websites being built and launched to promote it.

Unless you’re a Fortune 500, an info-products company where you don’t care about design and all you want is a landing page, or you somehow have the marketing resources to handle simultaneous execution of several campaigns, I would implore you to stay FOCUSED and stick to developing and relentlessly improving one central website.

Why? Because one website by itself is enough of a challenge to update an maintain.

But you can do worse. Are you developing multiple business models or products at the same time, either on a shoe-string budget or with someone else’s money? Stop it! Really. You’re only making your life more complicated than it has to be.

The first time I was working on a different startup company, called Scrimple.com. I became distracted, like a wild-eyed child chasing after butterflies and dandilion seeds floating on the wind. I bought Scrimple.com and Scrimple.net, as well as BlueSkyLocal.com and TheSCard.com. All were discount-based websites to help local businesses promote themselves on the internet. But there was significant overlap between each venture and I never truly focused for much longer than a year any one of the ideas.

Then I made the same mistake again a few months ago when I decided to head the team effort to develop SaberBlast.com, in addition to running our web development service business. I partially lost site of the original vision for the service business, instead I became enamored with the oh-so-sexy idea of recurring revenues and an ultra-scalable, potentially high-growth business model. And although we accomplished a lot in a short period of time, I ultimately failed as the company leader because we didn’t have a finished product and we had burned through our sizable cash-cushion, nearly bankrupting the company.

September and October were scary months, but luckily we’ve stabilized the company now.

I won’t promise that I’ll never lose focus again — it’s possible that I’ll make the same mistake for a third time — but at the very least I wanted to put this advice to other entrepreneurs and business owners down in writing so that they don’t screw up like I did and learn the hard way: that laser-like focus is without a doubt the most powerful ingredient for positive growth; and a lack of it results diluted efforts and a less impressive company performance.

So, here it is again in a nutshell: Stop buying up multiple domain names, launching multiple products, and multiple business models. Focus on one website or product at a time to maximize your return on investment, while simulaneously minimizing complexity and business headaches. It might be counter intuitive, but limiting your creativity may very well enhance your creative effectiveness.

Do you agree or disagree? Let me know in the comments.

Cracked out darkness swamped over the ash-plagued land. Dead elephants lay sprawled across the ground with decaying corpses, decorated only...