Then it's time to become the owner of a scalable, productized service business—instead of the business owning you.

If you believe your business shouldn't be this exhausting, chaotic, and unpredictable—that there must be a better way to sell and grow your service business (without working yourself to death) then read on because today I'm giving you the solution...

“It feels like riding a roller coaster of clients and revenues.”

Unfortunately, it's too common for me to see emails and blog comments like that.

Such messages come from frustrated entrepreneurs telling me how they feel stuck.

Many own agencies, others are freelancers or consultants, or they offer some other kind of professional of B2C service.

There's always a sense in their messages of wanting to escape the constant up and down, the uncertainty, and the endless stress.

But, first tell me (even if you're a startup beginning from scratch)...

You see, we all start out with big dreams and a great idea.

We’re idealistic in the beginning.

We think striking out on our own will give us freedom, control, and financial independence.

But reality is like hard concrete—and it will beat the sh%* out of your “great idea.”

That’s how it was the first several years I was in business as an agency.

I worked twelve hours per day and often more.

Sometimes it paid off. But I could never really take a break from it because there was no stability. Even when I was taking “a break” my mind was super-glued to the business.

You see, enthusiasm only lasts so long.

You get tired of riding that roller coaster: up and down, up—and sometimes way down.

You feel in your gut that there must be something better than this.

There must be a better way. After all, other people are succeeding, right?

And that’s annoying because you work hard too. I've felt the same way.

It was unbelievably frustrating to see other entrepreneurs parading around their success, saying how "easy" it was. Meanwhile you’re stuck, fighting back the tide of chaos.

Stay in that position long enough and your mood will darken. You'll become cynical. Hopeless...

A way to transition your business out of chaos and into that "sunny place" of freedom, stability, and financial growth.

This solution will help you achieve what you craved from the start of your journey.

For instance, I was able to use this solution to create a scalable service business with predictable profits.

It allowed me to travel the world and live in foreign countries for 11 months, completely taking off from work entire months at a time.

You may feel “stuck” now, and what I'm telling you may sound hard to believe.

But today, I’m sharing the "how to do it" solution with you.

It is a repeatable, step-by-step guide for transitioning your business model from “roller coaster” and exhaustion, to a scalable productized business with predictable sales.

I wrote it all down for your benefit in this new ebook and audiobook...

"Productize & RELAX" is an ebook and an audiobook that you can order today and receive all the special bonuses listed below (for a limited time).

But, as you will see, to call is a "book" is an understatement for the value given.

It teaches you how to productize your business—in terms of what you sell, how you package and sell it on your site, and how the business operates to deliver value for your clients, independent of you.

Maybe you're unclear on "What a productized business is?"

Here is the answer, along with the top 3 benefits you’ll receive from reading this book:

You'll finally promote yourself from employee to business owner. You'll be able to do that because to "productize" your business means to move from doing custom work (which is a main source of the problem) to selling a packaged service.

A packaged service means the work — the delivery of it — is "repetitive".

This is key because it allows you to easily delegate and train others on how to successfully deliver the desired result for clients. And when you effectively delegate each role in the business, the business can run and grow without you.

Once you make the transition, the business will run without you (and you can literally RELAX at the beach, if that's your goal).

This is all possible because peace of mind and predictability are what a productized business can give you.

Imagine your company earning glowing client reviews—meanwhile you had no direct connection to the work, nor to the client! It's not just possible, it's been done. I discussed this with the founder of two productized service businesses (see the "bonuses" section coming up...)

#3 — Take on More Clients & GROW (without Hurting Quality or Putting In More Hours).

Your work will be repetitive and systemized enough so that it will be easy to hire or train others to do the implementation for you.

By completely "backing your way out" of each role in the business, this frees up the business to grow independent of how many clients you can personally handle.

Best of all: clients will no longer be "buying you", they will be buying your packaged service.

You're probably intrigued or excited at this point. But, you might be wondering if this is a fit for you...

Here's who "Productize & RELAX" is a fit for:

Cool, you're still here. Now let's break down what's included so you know what you're getting...

Here's what you get

This is 50 pages of actionable content drawn from my hands-on experience and research.

It’s not too short, nor too long. This was done on purpose so you can consume it, take action, and refer back to it as a comprehensive (but simple enough to skim) resource.

In these pages, I take you behind the curtain of my business: before, during, and after I made the transition to a scalable, productized service doing multiple six-figures in revenue.

I teach you how to move from chaos and overwhelm, to a fully productized business that can run without you.

The book is available in PDF format. You can read it on any device or screen size, including iPads, smartphones, and tablets.

The text includes graphics, diagrams, and bullet points so it’s easy to skim. It also includes supporting research and statistics.

It's comprehensive without being overwhelming.

The Audiobook (with Commentary)

Prefer to listen and use the ebook (text) version as a reference when you're ready to implement?

That’s why I’m also including the Audiobook version with your order today.

I’ll read it for you, while you listen on the go.

Listen in your car, at the gym, or on your lunch break.

It’s about three hours long and includes commentary you won't find in the written version.

The commentary is added to certain sections of the audiobook where I pause and expand on ideas. This gives you additional insights from my experience of what works, what doesn’t, and what to watch out for.

I sprinkle in this commentary for your benefit in terms of clarity, to engage you, and in general helping you get the end-result you want.

In this one-on-one 66 minute interview, I speak with Jake Jorgorvan.

Jake is the founder of two productized services: LeadCookie and Content Allies.

He shares the process and his insights from the experience in this interview. I'm including it here because I want to over-deliver for you.

Why am I qualified to teach you this?

My name is Matt Ackerson and I founded AutoGrow.co in 2010.

It took me nearly 7 years — SEVEN FREAKIN' YEARS! — of struggling and repeatedly failing to escape the “roller coaster” ride that was my agency.

Leads were up and down for much of that time. 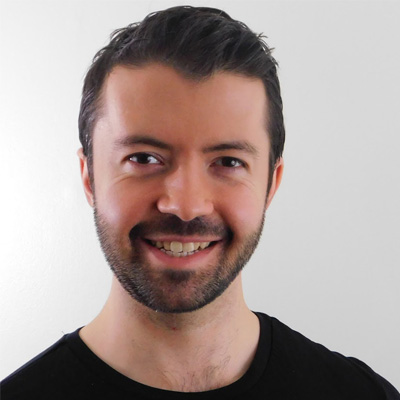 But even after we fixed that by building a decent sales funnel, I was stuck.

We couldn’t close more than X number of projects per month or we'd risk getting overwhelmed.

All our work was custom.

I was always running after clients, putting out "fires", hiring people last minute because we couldn't afford to pay well, putting hours into proposals that clients didn’t care about—none of it was enjoyable. It flat out sucked.

Revenue growth was flat, and profits? Forget it. We were surviving and issues often came up that forced us to burn through what little profit was accumulated. 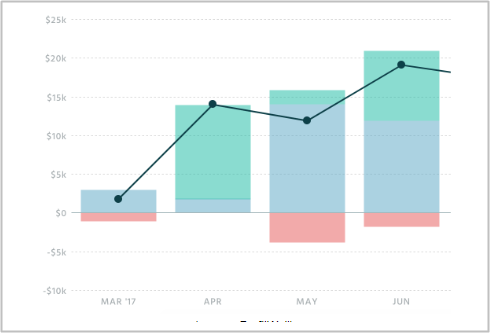 Two months after that I took my first *real* vacation since starting the business.

I met up with the woman who would become my wife at a beach resort in the Dominican Republic.

That’s me and her on the beach.

But, this was just the start.

I ended up spending the next year traveling with her throughout Latin America — the DR, Costa Rica, Colombia.

Meanwhile, the business ran without much input from me.

This was a completely new feeling, but it was great. It was hard to get used to after riding that “roller coaster” for so long!

Another unexpected side benefit is that this freedom allowed me to begin creating our own digital products—like the ebook and audiobook I'm sharing with you now!

I won’t say it will be easy for you or that my results are typical. For some people yes, they'll start and grow fast to $100K MRR. For others, simply saving time or getting to $5,000 MRR is a great achievement.

Mainly though, this product is about helping you escape exhaustion, relax, and become a business owner.

I know many entrepreneurs who have successfully made the transition. It’s a great feeling, but it also means that one day, if you want, you can sell your business or hire someone to run it while you collect the profits. Productizing gives you many options.

What is the price?

What is it worth to exit the "up-and-down roller coaster" that is, unfortunately, your business right now?

If someone could have shown me early on not only what's possible, but how to transition my business to the solution —I would have gladly paid $1,000 or more for that book.

After all, time is our most valuable asset.

But so is owning a productized service business that:

For this launch of the"Productize & RELAX" book the price is not $1,000. Although applying what it teaches can help you build a business that earns 5X that or more on a monthly recurring basis...

For a very limited time, as part of our pre-order special, the price is just one payment of $97. 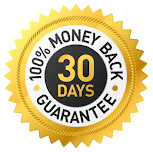 In this book and audiobook is the complete process I wish someone had shared with me much earlier in my journey—but now I’m offering it to you at a fraction of the value it provides.

If you’re not 100% happy for any reason, just email us or reach out via our contact form within 30 days of receiving the product and I’ll give you a full refund.

Get the "Productize & RELAX" ebook (with audiobook, checklists, phone script, templates, and video bonus) for just one payment of $97.

If you invest in “Productize & RELAX" today, you’ll receive all the special bonuses listed above.