For digital marketers, the thought of an impending Google Algorithm update can feel like something nightmares are made of.  Rumours start flying, Matt Cutts – before leave – gets bombarded with queries, and SEOs across the globe go into panic mode.

But what if there was a way for you to keep a constant eye on Google’s “mood”?

Metrics to watch algorithms by:

Luckily for SEOs, webmasters, and anyone who lives by the whim of the algorithm, there are tools that monitor fluctuations in Google’s rankings – letting you know how likely a major update is, and when it’s time to start battening down the hatches.

None of them will tell you exactly what Google is going to change – that’s the secret sauce – but they do give an indication of when a change is likely to come, and each one has different strengths in drilling down to where the fluctuations are happening. 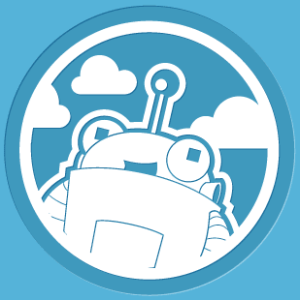 Mozcast, from SEOmoz, is probably the best known. It gives you a five day history with a temperature rating (in Farenheit, before British readers panic – 70 degrees is normal) with a 30 day graph for a more macro view.

Mozcast also takes the temperature of more detailed metrics, including domain diversity, SERP count and EMD (exact match domain) influence, so you can get some of idea of what exactly is fluctuating, and where you might need to shore up your defenses.

The Mozcast team are pleasingly open about how they get their data, revealing that they capture the top 10 results from a ‘hand-picked selection’ of 1,000 keywords (deliberately chosen to avoid local intent) and crunch changes among them, before multiplying to reach their average.

SERPmetrics Flux has been around forever, and gives a similar 30 day visualisation of SERP turbulence. It doesn’t give you any more detail, but it does give you separate results for Bing (probably because it’s US based, where people actually use Microsoft’s search engine).

It also gives you a single percentage readout for today’s turbulence vs. the 30 day median. A quick and simple way of gauging how worried you should be.

Google Grump from AccuRanker is the new kid on the block, but arguably the most detailed. Its deceptively simple initial assessment of Google’s current mood (the scale runs from ‘chilled’ to ‘furious’, with a matching tiger illustration) belies a wealth of data.

Unlike the others, Grump can display timescales far greater than 30 days, going all the way back to July 2015 at the time of writing, in whatever scale you want (with daily breakdowns for whatever period you’re looking at). You can also break data down by country and device – hugely significant since Mobilegeddon – and best of all, you can sign up to email alerts, so you don’t have to keep checking back every day: Grump will let you know when Google’s angry.

AccuRanker are similarly transparent to Mozcast about their methodology, revealing a far larger (and therefore more accurate) dataset. Grump monitors the top 100 results of 28,000 randomly selected keywords split 50/50 between mobile and desktop. It’s this larger dataset that allows them to provide more detailed filtering.

Why worry about an update?

Google’s algorithm updates have been, and still are, the bane of many marketers’ lives. Whether it‘s Penguin’s focus on eliminating spammy results, Panda’s targeting of sites with thin content, or the dreaded Mobilegeddon – favouring sites optimised for mobile – webmasters can’t afford to ignore a looming update.

Potentially, the most frustrating thing about an impending shift in the SERPs is the lack of clarification on when it’s going to happen. Gossip begins to fly and SEOs start to get panicky; until the day it happens and they’re either breathing a huge sigh of relief, or frantically working to tidy up the mess.

These tools can ease some of this panic. It might be tough to predict exactly what an update will target, but at least you can forecast when it’s going to happen; so you can make sure your SEO director isn’t on holiday when it strikes.

Have you tried Mozcast, Flux or Grump for yourself? Did you find them useful? And which is your favourite? Let us know in the comments below!

Many companies don’t see results from content marketing. Usually, it’s because they’re missing a few critical pieces of the content...