How Do You Think About Marketing? (Growth Hacks vs. Flywheel)

Home » Blog » sales funnels » How Do You Think About Marketing? (Growth Hacks vs. Flywheel)
By Matt Ackerson — Get free updates on new posts here

Hey, this is Matt Ackerson, the founder of Autogrow.co as you may already know. In this video, I’m talking about growth hacks versus flywheel.

If you don’t what I mean, I’ll explain it in a second. I was watching an interview with Andrew Warner, who was interviewing Rand Fishkin of Moz, originally called SEO Moz. This is a very successful company if you haven’t already heard of it.

They create products and tools to help small established businesses and local businesses rank higher in Google. They have a very nice community around their product and a big following. They are very successful, making $47 million per year.

Rand Fishkin is the founder of the business. He bootstrapped the company for a while then took VC investment. In the interview, what struck me is interesting, and I want to talk to you in this video about what Rand said.

He recently came out with his book, so he was talking about this idea of growth hacks versus flywheel marketing, and he was explaining how in the start of the community, growth hacks used to be the sexy thing. But in his opinion now, people have shifted their perspective to more of a flywheel marketing type of mindset.

This was news to me. I don’t follow startup trends. I don’t follow trends in general. I think that you really have to carve your own path if you want to be successful. You can’t just be following people and monitoring the competition all the time.

But it was interesting to me because this was a really clear way of expressing how I’ve always thought about marketing, and it relates perfectly to the concept of a sales funnel.

What is a flywheel, exactly? 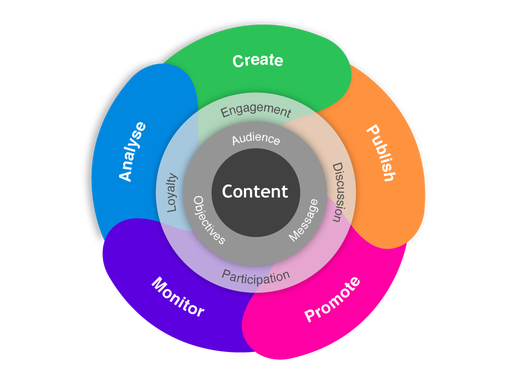 To understand what a flywheel is, imagine a giant wheel the size of a Ferris wheel that you might go on at a carnival. And imagine that there’s a lever that you can push to make it go. It’s so heavy and it’s so massive, though it only moves small and incrementally at first, until you get it going.

You have more momentum as you move because inertia makes it easier, and you can start running. You have a team with you, so it can spin faster and faster and faster over time. And it has this massive, multiplier stacking effect, if you will. So that’s kind of what a flywheel is, versus a growth hack.

How are growth hacks different?

A growth hack, if you’re not familiar, is something that is a one-off type of thing, where you do it once and you might see a pop in users, for example, or in conversions, or in your email lists being built, or in sales.

I think that growth hacks are what a lot of entrepreneurs who are starting out are really looking for. I hear about it a lot in the advice that I get from other people, too. They say, “Oh, why don’t you go do this?” “Why don’t you go speak in front of an audience?” Or, “Run over here and do this thing that you can only do once, and it’ll get you a result.”

I’m not totally against those tactics, but I am much more of the mindset of flywheel marketing. Because a sales funnel, in itself, is a system that gives you leverage–that’s much more like a flywheel.

How flywheels have worked for me

This is similar to what we were doing in the months of January, February, and March, where we more than tripled revenue. I think we actually came close to quadrupling it in that time frame.

Every week we had another focus, another different part of the funnel that we were focusing on. Traffic at the top, email list building towards the middle, sales conversions towards the bottom, and upselling and maximizing customer lifetime value at the bottom.

And then we would go back to the top at the end of the first four weeks and start over again. We would have that laser focus on one part of the marketing system each week that caused discomfort, which helped us to focus, and it gave us a system that was our leverage. That all helped us to turn the metaphorical flywheel, if you will, faster and faster and faster.

We’ve fallen out of that recently, but we’re going to start doing that again because it worked so well. The best ideas always rose to the top because my team had a brainstorm session, where we would pick out the best ideas and slot them for the next week. Then we would focus on executing the top one, two, or three ideas that we could get done in that time frame.

So my Matt Hack for today is one of mindset and overall strategy. Don’t be one of these people that goes around looking at different blog posts. Don’t believe the hype. Believe in yourself. Believe in flywheel marketing, and have a flywheel type of mindset, where it’s about creating leverage.

Because you can run around all day. You can go to every networking event. You can meet all the right people. But you need to have a system so you can stack the bricks and can keep building and building and building. I could show you our Google stats all day long. The proof is in the numbers. Sales, traffic, email lists.

So that’s my Matt Hack for today. If you’d like more tips, more Matt Hack videos like this, be sure to subscribe to our newsletter. The option to subscribe is directly below the video or on our website. Click on the Matt Hacks link in the navigation menu above the video.

If you have a question that you’d like me to consider answering in a future Matt Hacks video, or perhaps for us to write an in-depth article on, leave a comment below or hit “Reply” on the email this video was in, and let me know. I’d love to hear from you.

So until next time, my name is Matt Ack in the Matt hat delivering you your daily dose of Matt Hacks. Keep hustling. Stay focused.

One thought on “How Do You Think About Marketing? (Growth Hacks vs. Flywheel)” 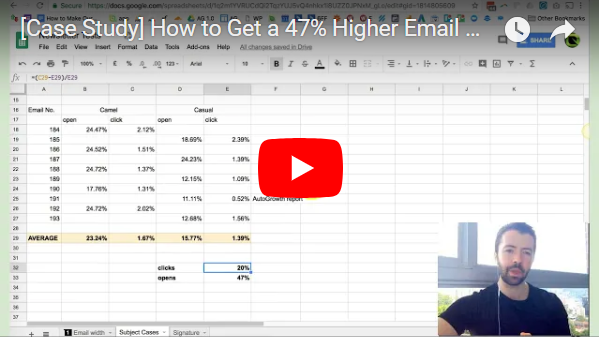 [Case Study] How to Get a 47% Higher Email Open Rate

﻿ Listen on the go by downloading the audio of today’s video. In this Matt Hack, Matt discusses his recent...