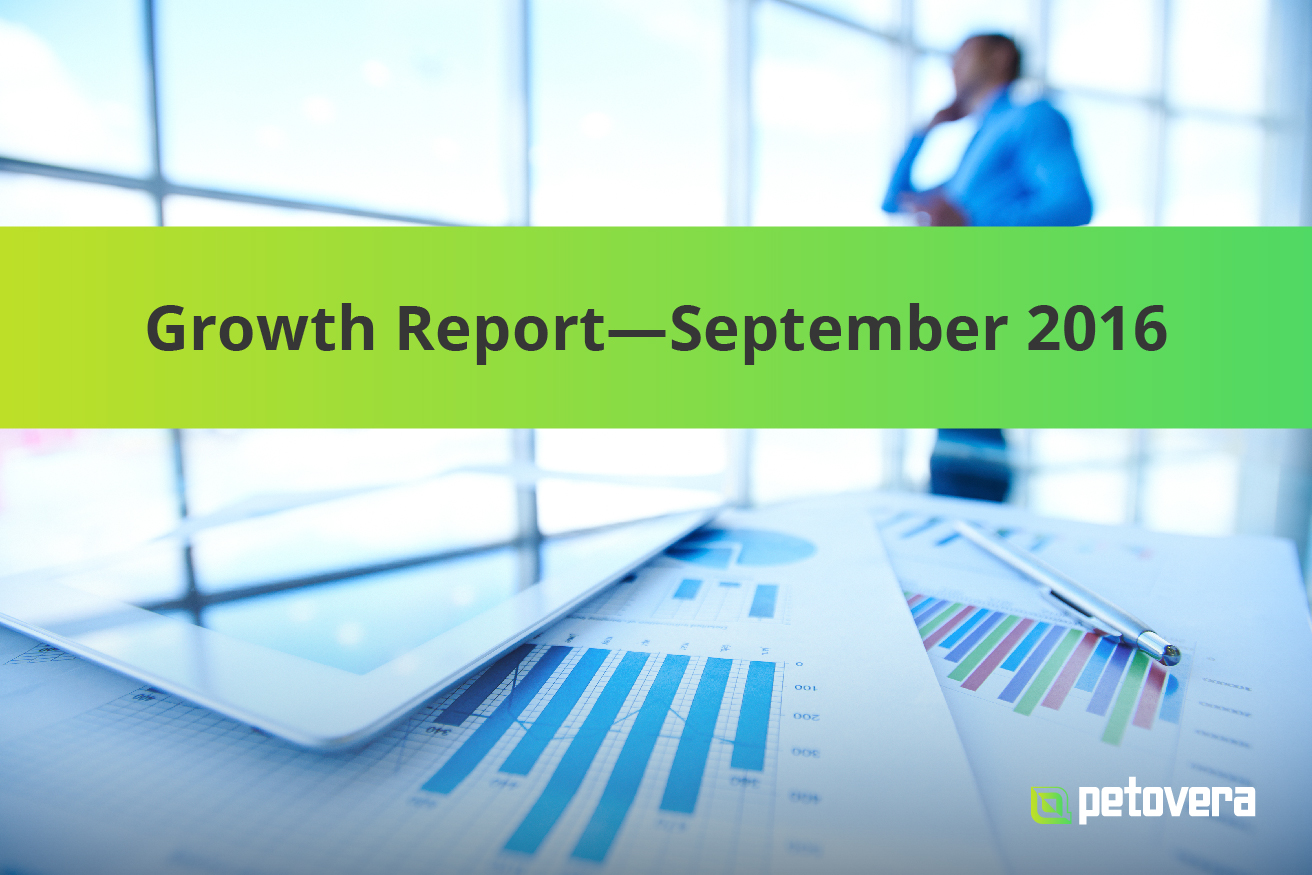 I can’t believe it’s been 9 months…

9 months since we launched our monthly done-for-you service.

Seems appropriate since babies are conceived and born in the same amount of time.

The business has changed a lot in that time. And now is the perfect time to sit down and reflect on the journey thus far.

I haven’t been as consistent as I had hoped in writing these monthly growth reports.

As a solo founder, I got caught up in finding marketing and operational problems.

I rebuilt the business from scratch in a matter of months.

Kind of crazy, I know.

In short, here’s what I’m going to cover in this Growth Report:

Why I’m Writing This

I still have 3 unpublished Growth Report drafts sitting in WordPress from the past 9 months.

I wish I had found the time to finish them. But with all the hiring, systems building, and more going on, I had to prioritize.

The fact that I’m publishing this report is a small victory in itself.

With our team in place and our operations documented to “guide the ship,” I now have the time to write and reflect.

Let’s discuss the numbers before I jump into more details.

All the Juicy Growth Metrics

Compared to the first month of our productized service launch, revenue (Monthly Run Rate or MRR) has grown nearly 90%.

In other words, we went from ~$4,900 MRR to ~$9,200 MRR (after subtracting for churn). The chart below shows how we’ve grown consistently every month since April.

In April, we better defined who is right for our service. A few clients left that didn’t fit that mold, so we saw a drop in revenue.

April was also the month we started putting our marketing funnel together.

Our email list growth is basically irrelevant. Here’s why.

We deleted 3,000 contacts from our list on purpose. Those were people who weren’t opening or interacting with our emails.

The more important metric is the number of new subscribers per day. That current average is about 25. 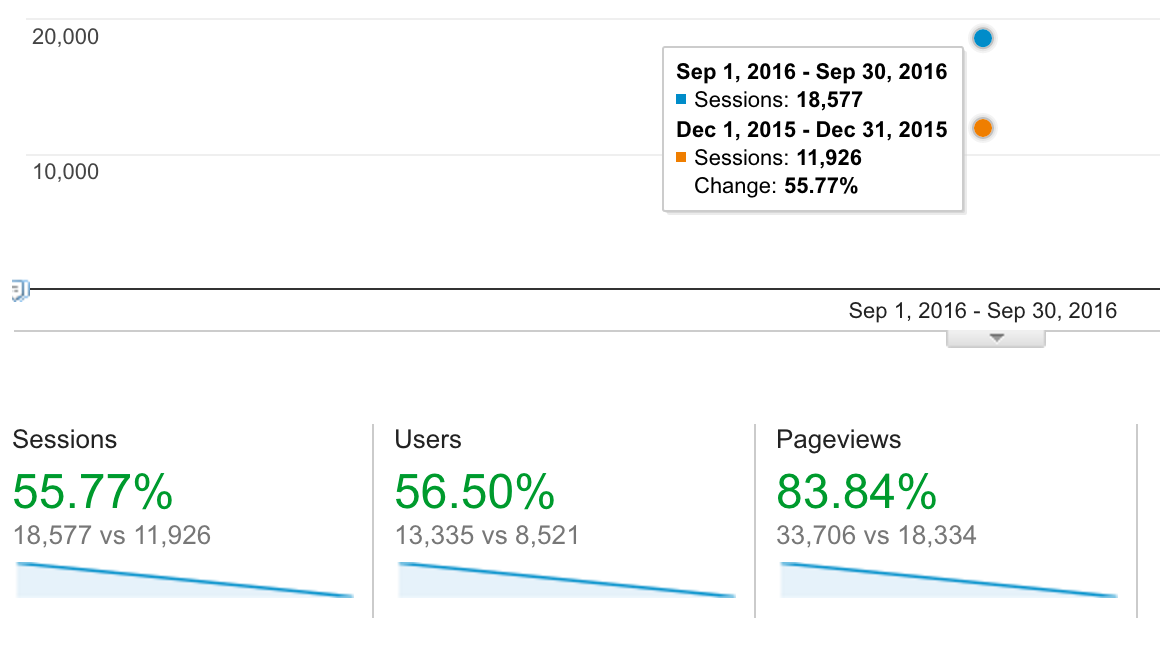 We grew by almost every measure on Google Analytics. That’s pretty exciting.

We only had two exceptions. Bounce rate went up by 8%. Not concerning yet, but we’ll keep an eye on it.

Also, new vs. returning visitors held steady at ~30%. Since traffic has been climbing significantly, I’m not too worried.

As you can see in this graph, we’ve come a long way since I began consistently publishing blog posts.

How It Happened (An Overview of What’s New)

There is a tremendous amount of hard work that went into achieving these results, and more and more of it involves the team I’ve assembled.

In January, I reflected on what AutoGrow needed to be successful.

One of those things was a team and a system for servicing new customers.

But we didn’t have much of anything at that point. People signed up, because they believed in me and wanted the offer.

So between fielding phone calls and composing numerous detailed (consultative) emails to customers, I began recruiting our team.

I first looked for a Marketing Strategist.

This was the most difficult member to recruit. I had been looking for someone with too large of a skill set, for too little compensation.

Still, we received many applicants, and I made a few hires.

This got the ball rolling, even though it was toward the realization that this would not work.

So, we kept refining.

Sometimes you have to “fail forward” to learn what you don’t know.

In the course of building our team, we’ve developed a recruiting process that disqualifies applicants before the phone interview.

For example, to work with AutoGrow, applicants must fill out a 2-step form. We automatically disqualify anyone who doesn’t fill out both or who clearly doesn’t take time to do so.

In May and June, with the team settling in, we went to work redesigning AutoGrow’s website sales funnel.

We reworked our website’s copy to incorporate the feedback and questions from customers.

And we went over every little detail.

Beyond the redesign, I worked with our copywriter to rewrite our Double Your Leads email course.

Next, we shifted attention to our email list. At the same time, I took my first “real” vacation since starting the business.

In the weeks and months after that, we saw consistent growth. We were practicing what we teach our customers, and it was paying off.

In September, however, I decided the current model would have trouble scaling. So, we decided to simplify the service.

We also experimented with a free trial offer and a lower pricing tier. The idea was to appeal to the “wider” market.

This seemed to work, but  businesses who weren’t a good fit for the service started signing up.

We made another batch of changes, but more on that to come.

But, actually reaching and working for it can be exhausting.

And then what? You set a new goal. And on and on.

For instance, let’s say your business is your physical body. If you want to lose weight and gain muscle, you could set a goal for that.

But that accomplishes nothing. It’s the habits (systems) you practice on a day-to-day basis that carry you there.

If you are only working toward a goal, over time you are more likely to backslide, gain weight, and stop going to the gym.

So remember: systems, not goals.

You’ll be making progress daily instead of “failing” until the goal is met. Thus, you’ll be happier.

Plus, success with systems is more sustainable, because it’s about making success repeatable.

Note: Other than personal experience, this point was inspired by a few books you might like: The Checklist Manifesto, Great By Choice, and How to Fail at Almost Everything and Still Win Big.

Be Careful Not to Change Too Fast (Build on What Works)

In September, as I previously mentioned, we made two rounds of changes.

The first change to our offer didn’t work, because we weren’t attracting customers who were right for our service. So now we’re back to our original offer.

However, sales have slowed recently. I think this could be because of our rapid-fire changes.

It could be because we haven’t focused enough on attracting people to our best lead magnets.

On the other hand, it could be seasonal.

In either case, I’m going to be more strategic with the changes we make going forward.

I think we tried to change too quickly, and it detracted from our success.

Takeaway: build on what works. Hindsight is 20/20, but make sure you don’t make changes that move the company backwards.

One good thing did come from those rapid-fire changes in September. We created a “To-Go Menu” of the Funnel Fixes we can deliver.

In addition, we were able to boil our service down to three easy steps:

We also created nifty graphics, like this, to communicate the idea. I sketched them out, then our designer brought them to life 🙂 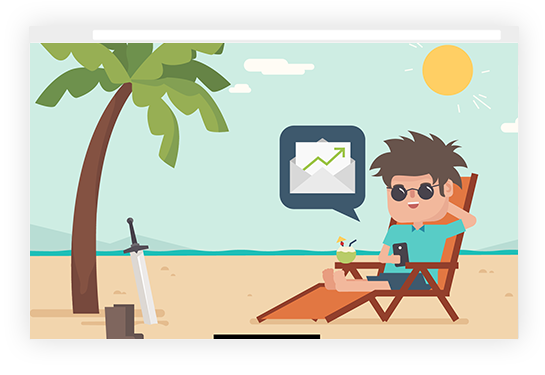 Going through that redesign and simplification process has helped tie down our work systems and clearly define what we’re selling.

The Challenges (And Opportunities) We Face Going Forward

Getting Sales Back on Track (This Month)

My top priority right now is getting sales back on track for the month of October.

As I mentioned, we switched the offer back to what it was before.

And right now, I’m studying the numbers and making a list of what we need to change.

We’re also actively hiring an Account Manager, so that’s exciting. We’re taking our time to get it right.

Using Our Own Service

The team and I have gone back and forth on this as the service has evolved.

One challenge is that I’m training our team to build sales funnels. So if I direct how our website works, it might aid as a learning tool.

On the other hand, I don’t get the full customer experience, thus the full benefits.

Scaling (Software, the Team, and Our Systems)

We are always brainstorming ways to take the company and our productized service to the next level.

My vision for AutoGrow is to service millions of entrepreneurs and small businesses on a global scale. But we can’t get there with the model we currently have.

It would be like saying you can drive your Honda to the moon. That’s not realistic.

So, one step at a time, we’re going to make AutoGrow into a spaceship that will get us there.

We will need to adjust our systems, but right now we’re getting close to launching some of our own custom software.

The purpose of the software is to give customers a more transparent experience. They’ll feel more in control, receive measurable results, and see the current status of their Funnel Fixes.

Stay tuned for more news about this soon. . . .

The final thing to recognize is the importance of never getting comfortable.

My team needs to keep raising the bar—for ourselves, for our customers, and for AutoGrow.

Yes, the progress in the last 9 months alone has been fantastic.

The improvements have been dramatic—AutoGrow is like a new business. And I am so grateful for that.

But, we won’t stand still. We will keep growing, creating, and improving.

I look forward to sharing the next update with you, hopefully sooner than nine months from now 🙂

6 thoughts on “Growth Report—September 2016: Revenue Up Nearly 90% as Challenges Loom”

What is a Lead Magnet? Hint: Your Sales Funnel is Broken Without It

Our first year in business, I woke up every day at 6 a.m. to write content for our blog. I...