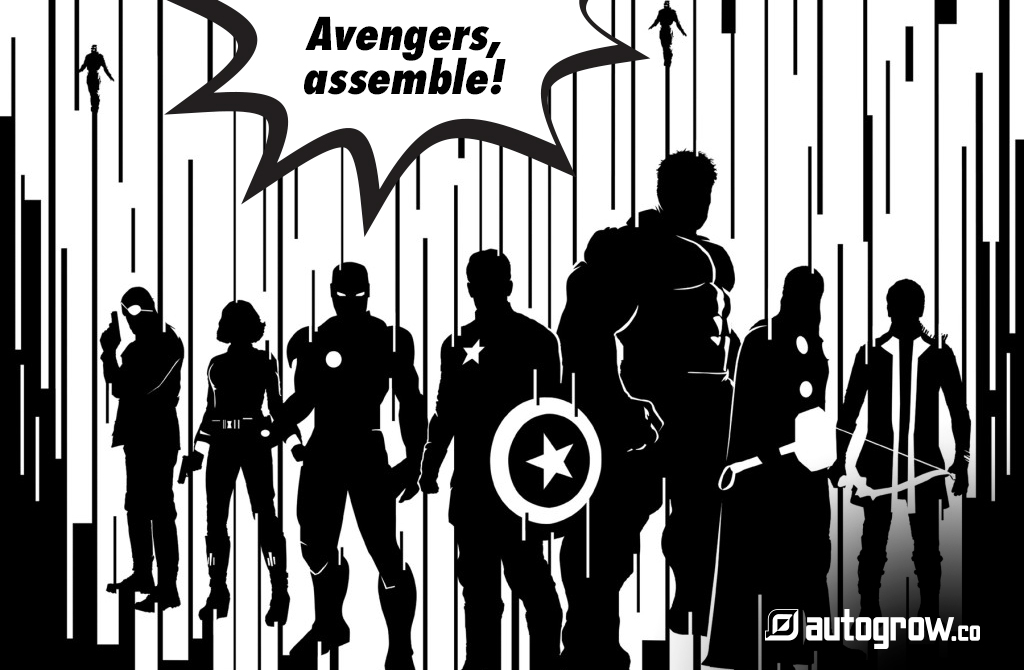 Everyone loves a great underdog story.

I remember seeing Iron Man for the first time back in 2008 in New York City. The movie theater had a stacked design, so you had to ride up the escalator to get to the theater itself.

I remember being excited to see Robert Downey Jr. in such a redemptive role. In his personal life, he had been struggling with drugs and alcohol, but was now finally clean.

As an entrepreneur, I walked out of the theater inspired. Iron Man was a story about a badass entrepreneur, Tony Stark, who used his ingenuity for good, becoming Iron Man.

That was the start of the Marvel cinematic universe. I’ve seen every other movie Marvel’s done since.

Fast-forward 10 years,18 films, and billions of dollars later, we are now approaching the end of an era for the Marvel movies with the release of Avengers: Infinity War, the culmination.

It’s going to feature just about every character in the Marvel cinematic universe: the Hulk, Black Widow, Spider-Man, Thor, Guardians of the Galaxy, Black Panther (now a billion dollar juggernaut by itself), and many more.

If we were to break down Infinity War’s funnel, what would we learn from it? This is arguably one of the most successful sales funnels in the entertainment industry.

What has attracted fans to the Marvel movies?

In today’s article, I’m going to break down seven ways in which this multi-billion-dollar funnel has converted millions of moviegoers across the globe.

1. The Release of the Trailer Built Anticipation

Infinity War is coming out later this month, yet the trailer for the movie has been out since November. In less than five months, the teaser trailer has been viewed more than 166 million times on YouTube as of this writing.

Just in case you haven’t seen it, here’s the trailer below.

With the launch of any sort of product, releasing your own “teaser” early is an effective tactic. When you harness and amplify peoples’ anticipation of something they’re already interested in, it’s hard not to get caught up in all that excitement.

When you consider that there are countless blog posts and YouTube vloggers who broke down the trailer in anticipation of the movie, the hype increases even more.

The anticipation is almost just as fun as going and seeing the movie. You can’t help but wonder what’s going to happen, and the trailer delivers bite-sized previews. These lead up to the main event, the launch of the movie (or product, in the case of a sales funnel) itself.

2. Each Movie Ends with an Extra Scene

On this second point, I have to bring up Andre Chaperon, a well-known marketer. His email course, called Autoresponder Madness, introduces the concept of Soap Opera Sequences.

With a typical soap opera episode, there’s almost always a cliffhanger. By introducing cliffhangers in your email sequences, you keep people reading.

Like any great show, such as House of Cards or Breaking Bad, the stakes get raised incrementally higher as the season progresses.

Chaperon argues for constructing your email sequences that same way.

Relating that to Infinity War, each movie tends to have an extra scene at the end that builds anticipation for the next movie.

We know he’s going to be in Infinity War, but the question is, what role is he going to play? Whose side will he be on?

You have to wait until the next movie to find out.

Word of mouth is still a popular means of marketing. Why? You trust your family and friends. If they say something is good, you’re more likely to try it. In fact, Social Media Today shared data from Nielsen that found that word of mouth recommendations have a 92% chance of being believed over advertisements.

So yes, while those bloggers I mentioned who try to spoil the movie can be annoying, they’re also giving it free promotion. Each time you share the trailer on social media or text your friends about the film, you could encourage them to check out Infinity War. 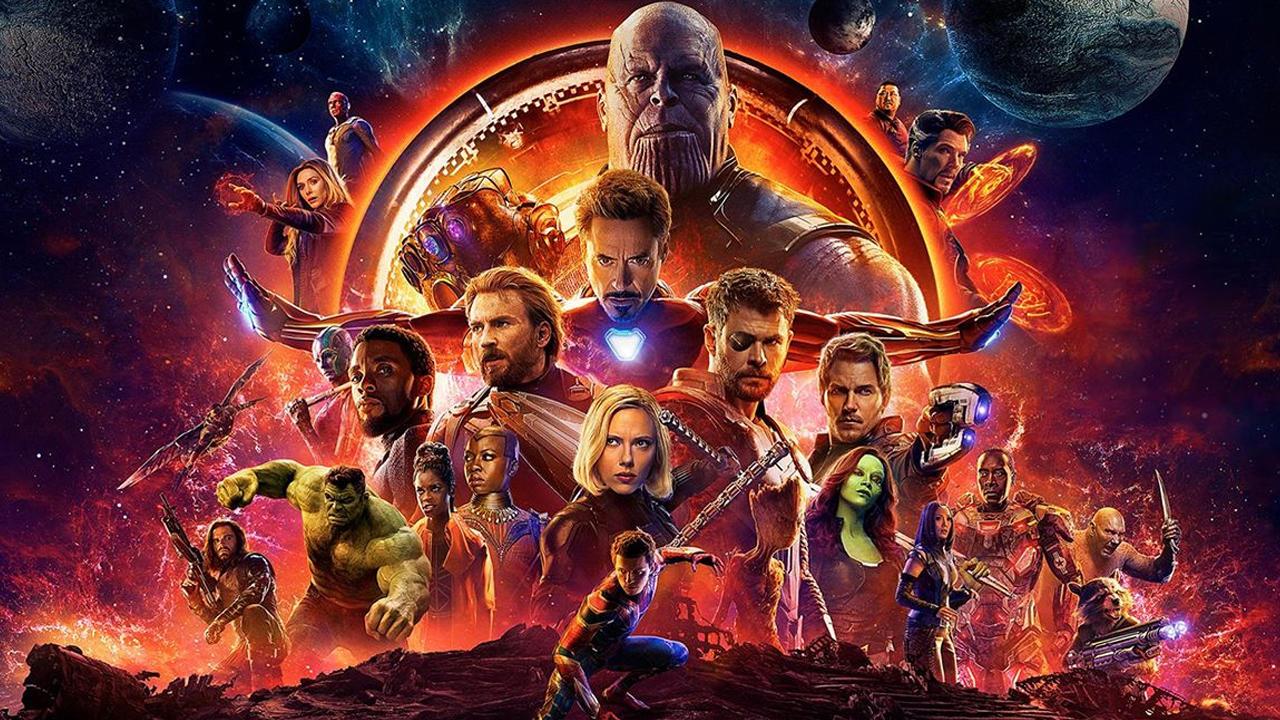 In short, people carry the message. They love the story and the characters. It’s possible to forge new connections with people over your mutual love of the Marvel cinematic universe, even if you don’t necessarily have much else in common.

If you give people something worth talking about, they will talk about it. As a marketer, word of mouth is free yet powerful advertising.

4. There’s a Strong Connection with the Characters

Speaking of the characters, people feel very emotional about their favorites. Given that the Marvel cinematic universe has spanned a decade and has almost 20 films, whether you like Captain America, Thor, Black Widow, Iron Man, Spider-Man, or the Guardians of the Galaxy, you’ve had plenty of time to find your favorite. 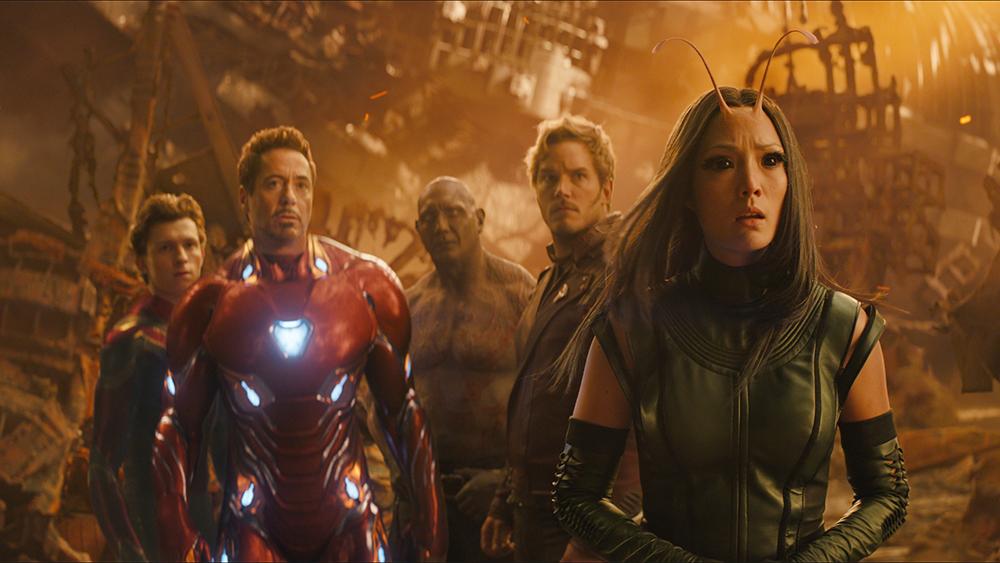 You might not love every character, and that’s okay. The amazing thing about the Marvel cinematic universe at this point is that all of the characters are well-developed. Even lesser characters are nuanced and fleshed-out.

People connect with that because these characters feel more like real people. From a marketing and sales funnel perspective, people connect more with authenticity from your company. The more relatable you are, the more you’ll appeal to an audience.

This is part of why I have notes, but don’t use an actual script with the Matt Hacks videos. It simply doesn’t feel as natural. Videos tend to lose their authenticity when they are overly edited as well.

Our unscripted authenticity led to us tripling our sales from January to February.

5. The Movies Are of Consistent Quality

Another place in which the Infinity War funnel really shines is in its consistency. You know that if it’s a Marvel movie, it’s going to be great. There are more than a dozen films to vouch for Marvel’s superb quality.

In the past, we’ve talked about social psychology expert Robert Cialdini and his book, Influence. A lot of marketers and influencers really love this book, and for good reason. Cialdini cites Six Principles of Persuasion in the book. These are:

Marvel has the consistency down pat. You know that Marvel will put a lot of effort into the scripts, story, visuals, and characters. There’s always a good balance of dialogue and action as well.

One of my favorites was in Captain America: The Winter Soldier. This movie was dark and dealt with many cool geopolitical themes, like weapons used by the government. There was less emphasis on superpowers and super strength and few special effects. Still, with the great character development and gritty action, the movie seemed believable. That made it very enjoyable to watch. 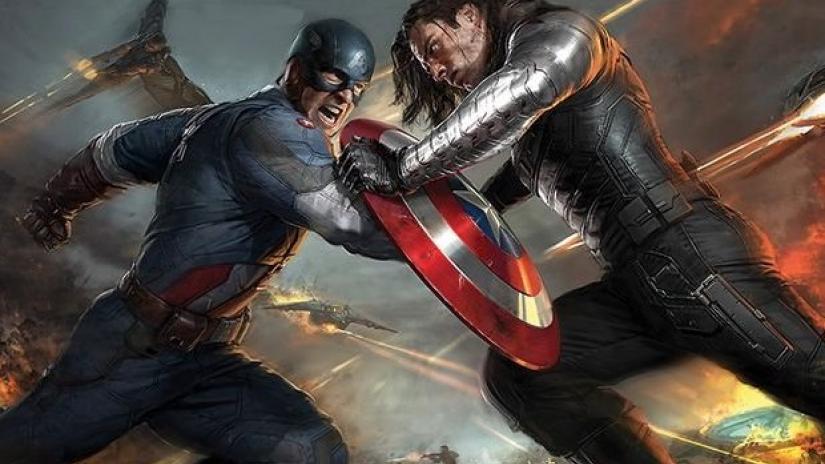 Photo via Den of Geek

Going back to your sales funnel, if you consistently produce high-quality products or services, your customers may be more likely to check out your next product or service because you have a proven track record of reliability.

Black Panther is a great example of social proof in action. There has been endless coverage on how successful the movie has been in terms of ticket sales. It’s an international phenomenon. That just makes people want to see it even more.

If everyone around you is talking about how good a movie is, such as Black Panther, you tend to get a sense of FOMO or fear of missing out. After all, if all your friends or coworkers saw the movie, then they’re going to talk about it. You now can’t contribute to the conversation since you haven’t caught the movie yet! You want to see it so you can understand what all the hype is about. 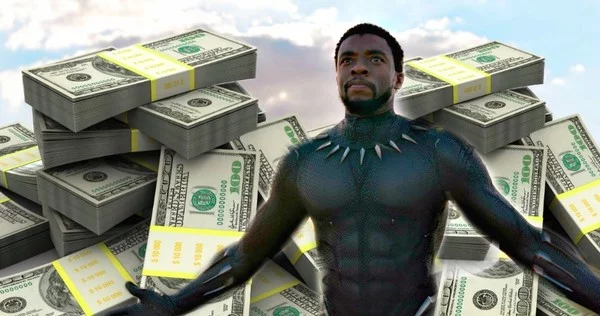 Marketer Tom Morkes of $100K Launch School has talked about FOMO as well, but he called it the Nightclub Effect. He says that when you go out on the town with friends, you’re more intrigued by the club with the massively long line rather than the one with the shorter line.

Why? Although the line is longer at the first club, it must be that way because it’s such a great place to go. By comparison, the line at the second club is shorter because it’s not as popular.

Scarcity definitely works in the movie business. Personally, I’m super motivated to go see Infinity War, partly because it’s coming out on my birthday, and partly because I want to get the best seat in the house. There’s only a limited number of seats and showtimes, so you have to get moving on it. 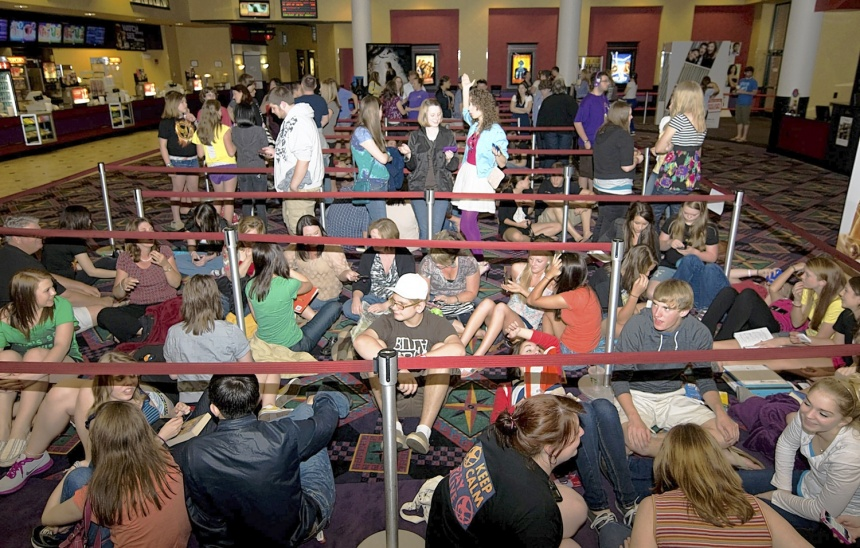 Since these movies are such an experience, you want to go the theater and see it. There’s such a huge energy when you go to a movie theater on opening night surrounded by other passionate fans like yourself. You just can’t get that if you wait several months for the movie to come out on Netflix or Hulu. That feeling and energy are just irreplaceable.

In marketing, it’s not much different. You may offer a product for a limited time or sell only limited quantities. By fostering a sense of scarcity, it’s possible to boost sales and increase conversions within your funnel.

For sales funnel info and breakdowns like this, don’t miss Autogrow’s newsletter.

Avengers: Infinity War comes out in less than a week. It’s one of, if not the most highly-anticipated Marvel movies yet. That’s mostly due to the success of the previous Avengers movies, as well as the wealth of characters that are slated to appear in Infinity War.

Which of these seven sales funnel tactics did you like the most?

And, almost as important, do you plan on seeing The Avengers: Infinity War?

You probably don’t want to wait past opening night after reading this, huh? 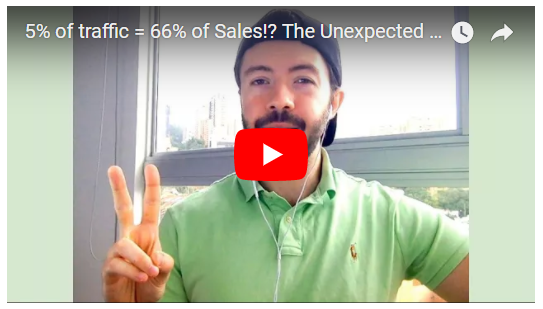 The Unexpected Benefit to STOPPING (5% of traffic = 66% of sales)

Listen on the go by downloading the audio of today’s video here. After stopping production on the Matt Hacks series for...