This is Part II in this two-part series about the new Star Wars trailer.

Missed Part I? You can check it out here.

The last persuasion trick I went over was the use of music.

Today I will start by teaching you about a similar but different persuasion trick used in the trailer: the use of sound.

No study of how the new Star Wars trailer persuades could be complete without also including the teaser trailer.

In my opinion, the teaser trailer is more effective than the official one. Watch it above and compare it to the original posted here.

Notice how halfway through the teaser you hear the roar of a deep warning siren.

Then this message flashes on the screen:

Clearly this is the call-to-action for the trailer. They want you to be excited because the movie premiere date is approaching.

The trailer then continues, with the siren wailing.

We see Jyn, the main character, and her team gearing up, and fighting against the Empire. There are explosions. We see a general who looks to be the main villain.

Research confirms that music (or a sound effect in this case) influences how we see a video like this.

This comes from a team of university psychologists in Austria who studied how film music increases and guides a viewer’s attention.

They found that people were more or less likely to notice specific parts of a film based on what type of music (if any) was playing.

Here’s how big the difference was with and without music.

[Sound in film is] a subtle tool with which to manipulate the audience.

Should you have a siren in your explainer video? How about on your webinar?

No, probably not. But here’s the difference…

If music provides high level atmosphere and movement, this sound trick relates to the individual sections of a song and how it amplifies the ideas you want to communicate.

As I mentioned in part I, I chose music with a more exciting and faster beat to complement the part of our demo video where I make a special offer.

In the beginning of the video, when talking about the problem AutoGrow solves I choose music that included mysterious and spooky sound effects.

This technique can also be relevant to intro and outro music if your do a podcast.

Everyone loves an underdog. You know, the person or team that is not favored to win.

In the context of Star Wars, the rebels — those fighting against the Empire — are the underdog.

Here’s How it works:

“Merely framing a team as an underdog makes us more likely to root for it.”

The trailer repeatedly positions the main characters as underdogs fighting against a better organized and better equipped enemy. 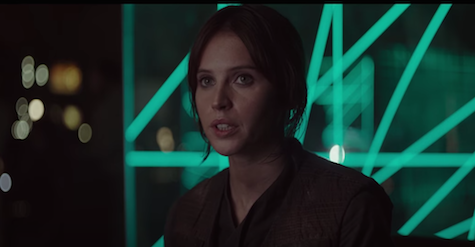 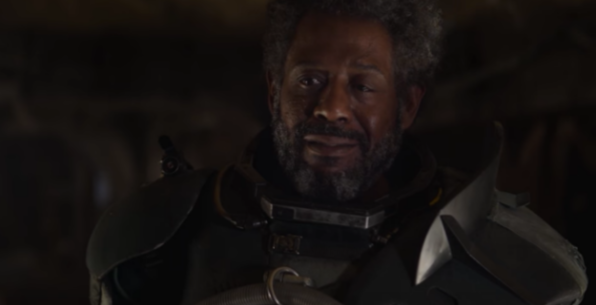 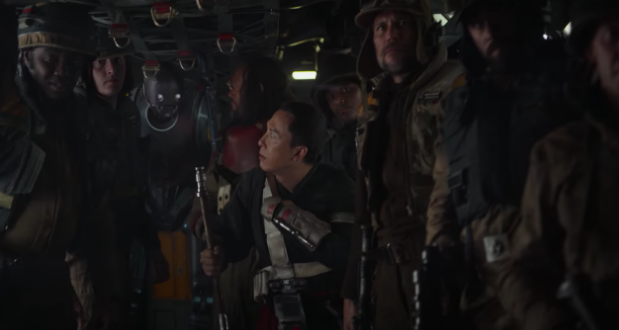 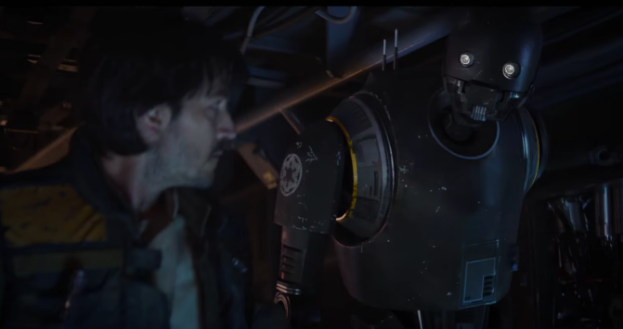 I see other marketers using the underdog technique all the time.

For instance I saw Bryan Harris over at VideoFruit.com use it frequently when he was starting up.

I believe this is also why people love reading income reports from entrepreneurs like Pat Flynn and John Lee Dumas. They show they get started and grow from nothing.

I’ve also used this technique on my webinars where I tell my back story: how I started AutoGrow, almost bankrupted the company our second year in business, and then got AutoGrow on the growth path we’re on today.

A lot of people can relate because a lot of us think of ourselves as underdogs. In addition, it’s inspirational to read about someone else’s journey.

So if you can help people relate to you in this way — or even by telling one of your customer’s success stories — then you can convert customers more efficiently in your sales funnel.

Everyone likes to laugh.

Although Star Wars isn’t known as a comedy — far from it — humor in the trailer helps to convince a wider audience to see the movie.

After a brief battle scene, an android walks over to Jyn and says without emotion:

“The captain says you are a friend. I will not kill you.”

This is funny because the robot clearly doesn’t relate with humans.

Humor is an effective persuasion tool because as this academic research paper put it:

Humor is useful because it can quickly gain you attention, rapidly create rapport and make you and your message more memorable.

Further, one of the research studies cited in that paper came from this Harvard Business Review (HBR) article. In it the author discussed two studies he conducted on the topic.

Executives who were subsequently judged outstanding used humor of all types more often than average executives. And, as in the first study, bonuses were positively correlated with the use of humor.

It’s no surprise that immediately following the humorous situation with the robot, that we then hear two more lines emphasizing:

Think someone put some thought into that? The answer: absolutely.

How to apply it to your marketing funnel

One thing the HBR article emphasized was the importance of positive or neutral humor (as opposed humor that is negative or hurtful).

Also, humor is a tool for increasing liking, one of the key levers of influence that Robert Cialdini referenced in his famous book by the same name.

I recommend you use humor occasionally in different blog posts, in your webinar, and perhaps in the copy your email funnel.

The key is to be authentic — otherwise you’ll look fake or like you’re trying too hard. This will work against you.

I do not recommend including humor on your key landing pages as a general rule. It can distract from the core message.

Many of the people reading this blog post grew up with Star Wars in some way.

That’s simply because there have been so many movies that have come out since the first one in the late 70’s — not to mention games and toys.

As a result, many have an emotional attachment to the Star Wars brand…

And the people who crafted this new trailer knew that and used several symbols that pluck at this emotion, like a string on an acoustic guitar:

These are symbols that we recognize from past movies and pop culture.

Of course, it might be hard to make a Star Wars movie without including these symbols, but there’s a “dark-side” to it (pun intended).

I’m putting it here as a bonus to this list because it’s worth knowing about but it is a advanced persuasion trick.

I’ll let the video below explain the rest.

If you’re looking for a way to apply this to your small business, good luck if you plan on creating your own symbols — that would take years.

Your best bet to reference existing symbols from pop culture to include in your own marketing materials (without infringing on anyone’s copyright).

There are many hidden, highly persuasive ideas baked into the movie trailer for “Star Wars: Rogue One.”

It uses open loops to hook you. This is the same thing that many TV series use to keep you coming back to watch each week, or that marketers use to keep readers engaged with their emails.

Music and sound effects work together to direct your attention and influence how you feel about the film. You can apply this by thoughtfully adding music and effects to your own videos, webinars, and podcasts.

The trailer uses humor to increase liking by fans and people who might not be as familiar with Star Wars.

Finally everyone loves a winner, but more so if that person or team is an underdog. Position your brand as an underdog, or use the underdog effect as a way to connect with your audience.

How else might you apply these hidden persuasion tricks to your own marketing funnel?

Let me know in the comments below.

PS – If you like learning new marketing tricks to grow your business then you’ll love turning your website into a sales funnel with our done-for-you service.

Anticipation is what great movie trailers give their audiences. In the summer of my junior year of college I saw the...